Real-life scenarios with three drones (UAVs) carrying a payload, flying in a line formation, and communicating at frequency band around 2.4 GHz were investigated focusing on pure electromagnetic topics related to the physical layer of communication link between the drones. The first scenario serves as a reference and encompasses the drones above ground plane which is approximated with an infinite PEC plane. In remaining scenarios, a metallic wire fence has been introduced between two of the drones. The difference between the later is in the method used to model the wire fence. 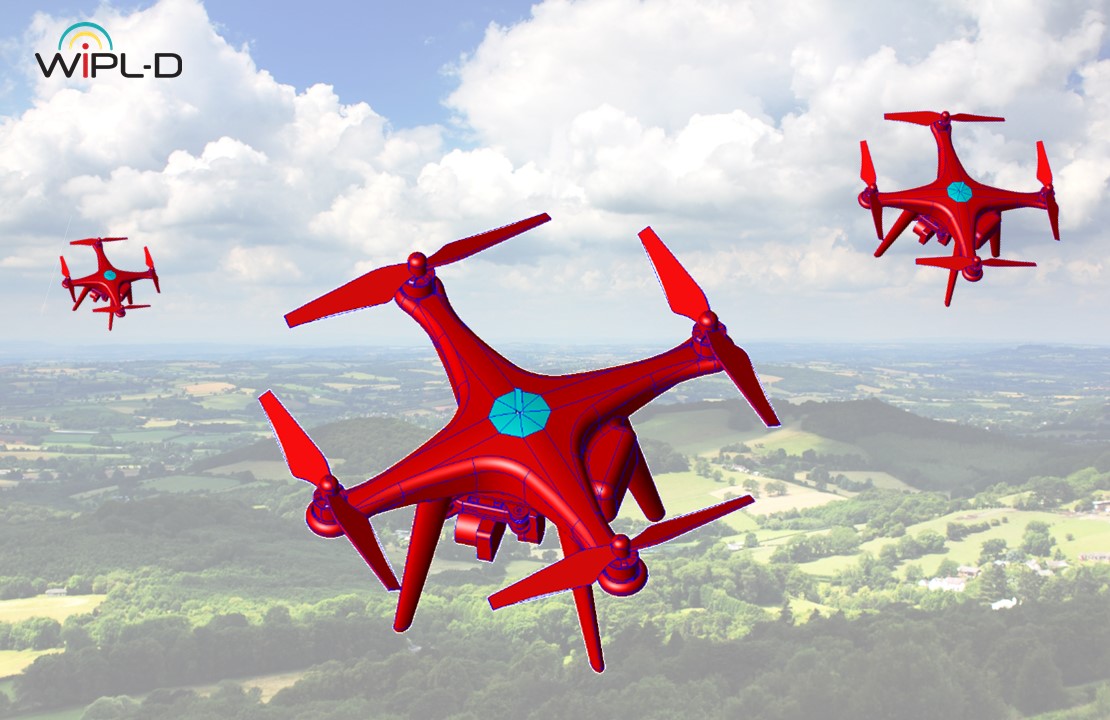 All the simulations were carried out using WIPL-D Software, a full wave 3D electromagnetic Method-of-Moments based software which applies Surface Integral Equations. According to the simulation times, it can be concluded that all simulations were performed in an efficient manner and that WIPL-D software can be used successfully for the analysis of drone related scenarios.

Section: Miscellaneous
For full version of the document, please check the following pdf.