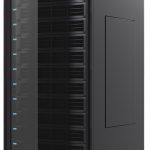 Similarly to the case of a GPU solver, which puts to good use the power of a GPU card to extend the performance of a single machine, GPU Cluster solver uses the power of the cluster computations to significantly speed-up the simulation and remarkably increase the size of a solvable problem, both far beyond the limits of a single machine. Cluster solver combines GPU and MPI parallelization using advanced algorithms and provides extreme versatility in operation as arbitrary number of compute nodes and arbitrary number of GPUs on each node can be used.

Since each cluster configuration is unique, our solution is custom-made to best fit both, the available hardware and customer’s budget. For more info on our GPU cluster solution, please contact our Tech support.

Sample projects that were simulated on custom-made GPU cluster using the WIPL-D Cluster solver are presented below.

Configuration of the cluster used for the simulations 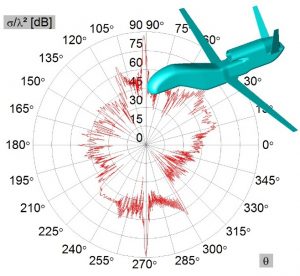 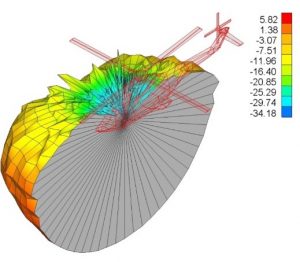