WIPL-D GPU Solver is an add-on tool that exploits high computation power of nVIDIA CUDA™-enabled GPUs to significantly decrease EM simulation time. Acceleration by an order of magnitude can be achieved when compared to a CPU multi-threaded solution.

The sophisticated parallelization algorithm results in a highly efficient utilization of an arbitrary number of GPUs. Supported GPUs are nVIDIA’s CUDA-enabled GPUs (GeForce, Tesla or Quadro series) with compute capability 2.0 and higher.

GPU acceleration versus number of unknown coefficients is given for two hardware configurations: a desktop PC equipped with 1 GPU, and a server equipped with 4 GPUs. In all simulations used to produce the following figures CPU fill-in is used. The graphs below illustrate the reduction of total simulation time, when GPU inversion replaces CPU inversion. 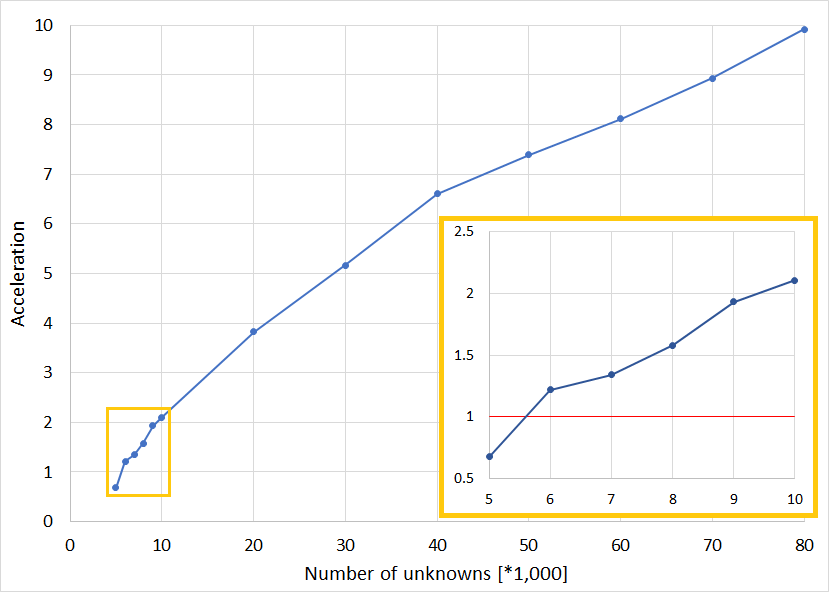 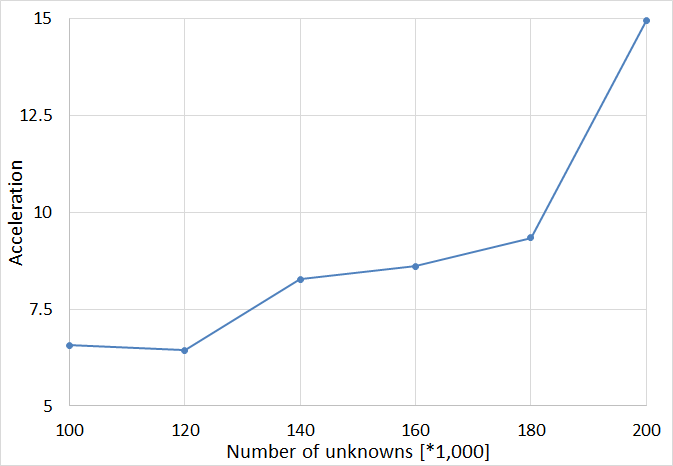 An abrupt change in acceleration is achieved when the number of unknowns increases from 180,000 to 200,000. The reason for such behavior is the switching of the matrix inversion to out-of-core. In the case of GPU Solver HDDs I/O operations are performed in parallel with GPU calculations, which provides additional acceleration when compared to CPU calculations.

In case you need more info on GPU configurations and ways to use the GPU speed-up on your computer, feel free to contact us.

Some of the application areas where GPU solver has been successfully exploited are shown below in a form of a technical paper or a publication: