An important aircraft topic described in this application note is the examination of the influence of the main rotor movement to the radiation patterns of three microstrip patch antennas mounted on the upper area of the helicopter surface. The antennas operate at 2.625 GHz. Three angles of main rotor rotation (0, 12, and 24 deg) have been investigated. 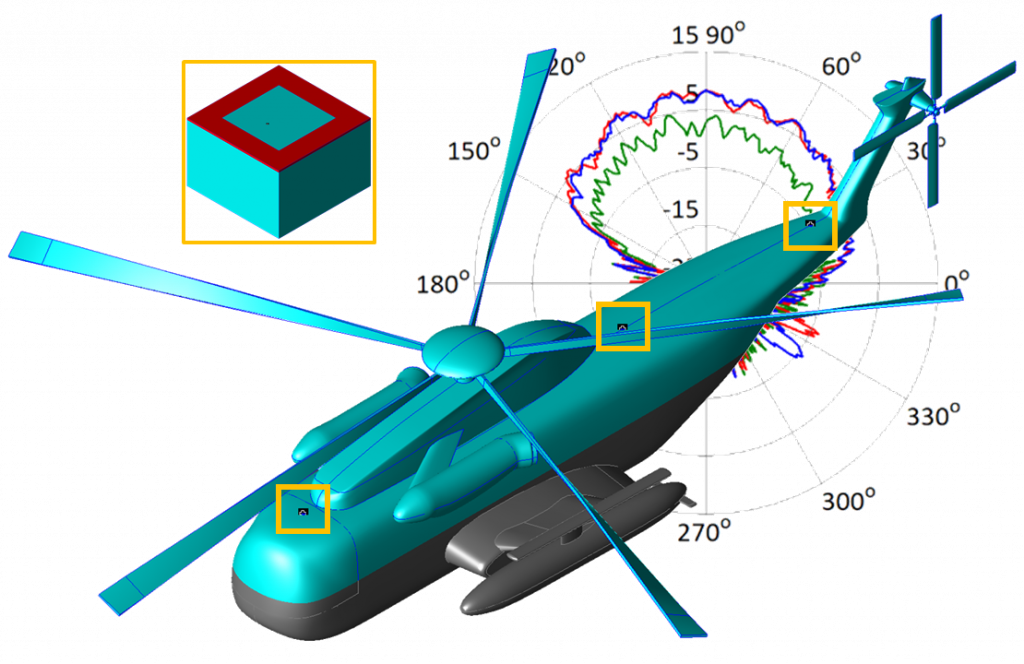 The successful application of smart reduction feature can be grasped easily – the reduction of unknowns can be successfully applied resulting in significant saving of computational resources. In addition, the usage of GPU Solver enables relatively fast matrix inversion cutting down significantly the total simulation time. Finally, the influence of rotor rotation to antennas radiation patterns has been studied. The results are as expected – the rotor rotation influences mostly the front antenna radiation pattern, while the radiation pattern of the rear antenna is only slightly affected.